The ordained women of the Association of Roman Catholic Women Priests (ARCWP) live and minister in the United States, Canada, Latin America and around the world. We prepare and ordain qualified women and men to serve the people of God as priests. We use equal rites to promote equal rights and justice for women in the church. We affirm that justice for all of God’s people is constitutive to the Gospel of Jesus Christ.

The Roman Catholic Women Priests (RCWP) initiative is a renewal movement within the Roman Catholic Church. Our goal is to achieve full equality for all within the Church as a matter of justice and faithfulness to the Gospel. The Women Priests movement advocates for a new model of inclusive priestly ministry in the church. We stand in the prophetic tradition of holy obedience to the Spirit who calls all people to discipleship. The movement began with the ordination of seven women on the Danube River in 2002. In 2020, there are 236 ordained deacons and priests, 19 bishops, (1 bishop elect), 20 candidates, 15 non- ordained with a total of 273 worldwide. Our women priests are ordained in Apostolic Succession. The first women bishops were ordained by a male Roman Catholic bishop in apostolic succession and in communion with the pope.

The Vatican states that we are excommunicated, however, we do not accept this and affirm that we are loyal members of the church. We continue to serve our beloved church in a renewed priestly ministry by welcoming all to celebrate the sacraments in inclusive, Christ-centered, Spirit-empowered communities wherever we are called. There are women priest communities in Germany, Austria, France, Scotland, Canada, the United States, and South America. From our birth on the Danube River, RCWP has evolved into two streams in Europe (West and East), two in Canada (West and East), and two in the United States (RCWP USA and ARCWP). Someday streams will flow in Latin America and elsewhere.

The specific charism of ARCWP within the broader global Roman Catholic Women Priests initiative is to live Gospel equality and justice for all including women in the church and in society now. We work in solidarity with the poor, exploited, and marginalized for structural and transformative justice in partnership with all believers. Our vision is to act as a community of equals in decision-making both as an organization and within our faith communities. We advocate for the renewal of Jesus’ vision as found in the Gospel for our church and our world.

The unique focus of the Association of Roman Catholic Women Priests is on justice and equality:

1. We seek equality for women in the church including decision-making and ordination.
2. We minister with the poor and marginalized.
3. We live the spiritual and social justice tradition of the church serving inclusive communities of equals.
4. We actively and openly participate in nonviolent movements for peace and justice.

You can send a private, secure donation via PayPal 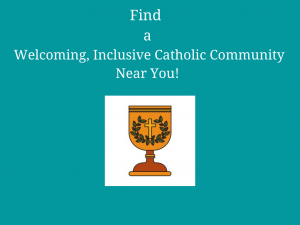