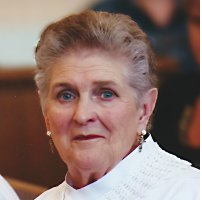 After raising 4 children, Betty earned her Bachelor, Master of Ed. and C.A.G.S. then served as teacher and principal in Catholic elementary schools in Louisville, Ky. and Burlington VT. She was one of the founding members of the Beginning Experience Ministry in Louisville and served on the National Board for several years. Betty’s is a Deacon at Christ Sophia Inclusive Catholic Community in Louisville as well as a Hospice Health Volunteer. She officiates wedding and funerals and actively serves on the Louisville Compassionate Elder Counsel as a speaker. Betty’s adult children live in Louisville and have blessed her with 7 grandchildren and 7 great-grandchildren. Betty was ordained a Deacon in 2013.